Have you worked with herbicides containing Paraquat and been diagnosed with Parkinson’s?

Research indicates a link between Paraquat exposure to an increase in developing Parkinson’s disease by 600%. Submit your free claim evaluation to see if you qualify for financial compensation!

You may be entitled to SUBSTANTIAL financial compensation

Companies that sell products that may hurt others have a duty to provide products that are safe. A manufacturer is expected to provide adequate warnings about any risks of harm associated with its product.

If manufacturers fail to report the risks of a product, they can be held legally responsible for any injuries that result.

If you are a victim of paraquat poisoning and have Parkinson’s Disease, you may be able to recover money for pain and suffering, medical expenses, and lost wages.

Paraquat is a toxic chemical that is widely used as an herbicide (plant killer), primarily for weed and grass control.

The extent of poisoning caused by paraquat depends on the amount, route, and duration of exposure and the person’s health condition at the time of the exposure.

After a person ingests a large amount of paraquat, he or she is immediately likely to have pain and swelling of the mouth and throat. The next signs of illness following ingestion are gastrointestinal (digestive tract) symptoms, such as nausea, vomiting, abdominal pain, and diarrhea (which may become bloody).

After paraquat enters the body, it is distributed to all areas of the body. Paraquat causes toxic chemical reactions to occur throughout many parts of the body, primarily the lungs, liver, and kidneys. 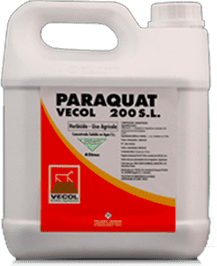 Ingestion of large amounts of paraquat leads to the following signs/symptoms within a few hours to a few days: